A blog providing tips and resources for life after college

Learn to manage your money with free online financial resources at your fingertips.

Diary of an Intern: The First Week

Our student interns have experienced their first week at their internships.  They are doing some amazing work and partaking in once-in-a-lifetime experiences.

Let’s find out how their week went and view pictures of where they work.  Check out their first week!

I landed in Hong Kong about three weeks ago and my time spent here has been nothing short of amazing thus far. Realizing that I would not have a chance to explore the city and its surrounding islands after I started my internship, I decided to move in a few weeks early to find my bearings and enjoy my first trip to Asia. 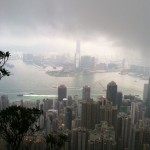 The first thing I did, after settling in, was hike Victoria Peak.  The many views from The Peak juxtapose Hong Kong’s metropolis with the vast rainforest it lies within. I also traveled to the nearby Lamma Island, where I went on a hike and ventured through the local fishing markets. On another excursion, I saw the famous Buddha statue on Lantau Island. 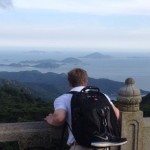 Lantau Island from the top of the Buddha

But seeing as I am supposed to blog about my internship, I had better switch gears. I have now been an intern for the Royal Geographical Society in Hong Kong (RGS-HK) for just over a week. Every morning, I walk to the office using what is commonly referred to as “the escalator,” the world’s longest covered outdoor escalator system. RGS-HK has a broad range of functions and because only four of us are full-time, I have had the opportunity to work on several interesting projects. For one such project, I am putting together a report to The North Face in order to request a sponsorship contract renewal. One of RGS-HK’s main functions is to host, usually twice each week, expert guest lecturers who speak on a wide breadth of geographically related topics. In another project, I summarized 58 of these guest lectures for an annual publication that is distributed by RGS-HK to nearly 4000 members. The lecture topics were diverse and interesting, ranging from three-time ice climbing world champion Tim Emmett recounting his innumerable record-setting exploits, to well-known author and journalist John Garnout discussing the power dynamics of the current Chinese government. Most of my assignments are writing related and involve drafting, condensing, or editing and my office hours are 10:30am-6:30pm. 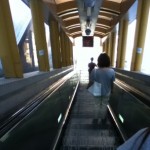 However, my responsibilities extend beyond the office.  At lecture events, I help with set up, take down, ticket sales, and whatever other tasks may come up. On these nights, I usually work until 9:00pm, but I am also allowed to attend the lectures. 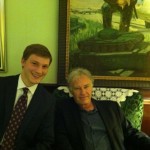 Drinks and dinner with Jeff Widener

This past Thursday, RGS-HK hosted Jeff Widener, the photographer who captured the iconic “Tank Man” image at Tiananmen Square, for the 25th anniversary of his photograph. After the lecture, the RGS-HK Director invited me to join him, Mr. Widener, and journalist Peter Eng for drinks and dinner at The China Club. Particularly as a Politics and International Affairs major, it was an unbelievable experience to meet someone who had such a profound and lasting impact on shaping the international perception of the Chinese government. The opportunities I have had, thus far, have been incredible. I am grateful to spend my summer in Hong Kong with the Royal Geographical Society and I am excited to learn what the coming weeks hold. 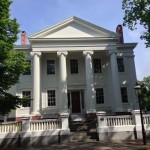 My first week on Nantucket island has been extremely eventful! After three flights I landed on Nantucket last Friday and moved into the historic Hadwen House built in 1845 on Main Street in the middle of town with the six other Nantucket Historical Association interns. Living in a 169 year old house definitely has its quirks, but it has been a wonderful experience. The other interns and I spent the first weekend exploring and getting acclimated to life 30 miles out to sea in the Atlantic Ocean. 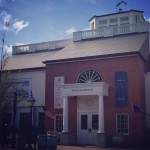 We started work on Monday with a full week of orientation activities ranging from attending all the programs in the Flagship Whaling Museum on whale hunting, Nantucket history, and the sinking of the Essex whale ship (which inspired the ending of Moby Dick)  to visiting many of the NHA’s historic properties around the island including the Oldest House from 1686 to the oldest operating windmill in America. We learned how Nantucket was the whaling capitol of the world until the late 19th century, and it has over 800 pre-Civil war buildings still standing. Although it is small in size, Nantucket is overflowing with rich history and is one of America’s most treasured early settlements. I have definitely been soaking up the history and unique culture! 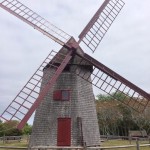 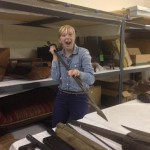 I am a Public Programs intern, so I help with all the non-regular NHA programming like lectures, concerts, etc. We all have our own special projects that we will complete this summer in addition to our other duties, which I should find out in the next few days. This upcoming week will be fun and busy with visits to other museums on the island, a few lectures, and an ice cream social with other nonprofit interns on Nantucket. Everyone at the NHA and on the island has been so incredibly welcoming; I already feel at home here. I am so excited to spend the summer exploring the beautiful island and sharing Nantucket’s rich history.

Greetings to you all once more!

Thank you for taking time to share in my summer experience with Teach for America (TFA). My first week here has been quite eventful! I have become well acquainted with a dedicated staff and several passionate alums of the program who share my heart for education reform. I have also begun to develop relationships with many of the corps members who are participating in TFA’s first regional Institute in Nashville TN. 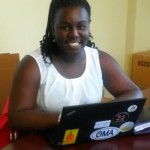 One thing that I think has already distinguished this Institute from other centralized and regional TFA institutes is their dedication to rigorously challenging corps members to internalize topics related to race, power and privilege. There are diversity sessions with Dr. Donna Ford, a well-known professional in areas of race and education. In addition there are small group spaces for corps members to debrief these talks and hash out some of their thoughts and feelings towards the content presented. I believe that this methodology has great potential to produce effective teachers because the corps members are being pushed to internalize so much of what they may know on a surface level about how race and education interact The concept of cultural competency resonates with me personally because I have been able to learn much more from teachers who I can connect with; these teachers are able to resonate with my experience as a black female which deepens our relationship and my sometimes receptiveness. I have had a very unique educational experience, seeing as my public high school was predominantly black and my collegiate community is predominantly white. Whether one recognizes it or not, the presentation and curriculum of most of my educational experience was not created with me, a black student from a working middle class family, in mind. I am still a little disappointed that I personally have only had two black professors during my time at Wake Forest. When a teacher walks into a classroom, regardless of their race or ethnicity, students need to be able to trust that the individual in front of them is genuine in their approach and not only there for self -interest with a “savior mentality”.  He or she must also understand the impact and depth that their role will have in the future of their students. In order to accomplish both of these tasks, it is important to understand where the students are coming from and how to best connect with them; also important is the understanding that as a white teacher, their perspective and experience is starkly different from the way that minority students will experience the world.

I chose to write an entire post on this topic because it has been insightful for me to participate in their diversity training sessions. As the corps members are grappling with the information, I am able to support them and challenge them because I have a connection to both worlds, privileged and underprivileged. Surprisingly, I enjoy facilitating these often difficult and emotionally charged conversations. It terms of my professional growth, these interactions have sparked an interest in becoming an educator in areas of diversity. I know this is a mouth full but by no means does it capture all that I am learning and I expect that this is only the tip of the ice berg. Thank you for reading!