A blog providing tips and resources for life after college

Learn to manage your money with free online financial resources at your fingertips.

Diary of an Intern: Charles’ Projects / The People / The Skills

Let’s find out what Charles has been doing the last few weeks. 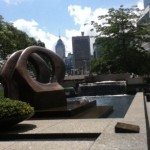 Interning for the Royal Geographical Society – Hong Kong (RGS-HK) has already afforded me many incredible experiences.  I have been privileged to interact with fascinating individuals and to work on substantive projects. 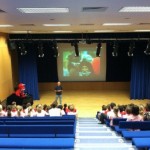 Recently, the RGS-HK Events Officer has been bringing me to shadow her at various school outreach programs during the day.  RGS-HK organized one such event, for example, that featured one of the world’s most renowned photojournalists, Nick Danziger, who described his work in disadvantaged communities across the globe as well as his work with world leaders, such as George W. Bush, the Queen of England, and the Dalai Lama.  For evening lectures, I continue to assist with set up, take down, ticket sales, and other tasks associated with the events.  While in the office, my responsibilities tend to be writing-related, including the drafting, editing, and condensing of various documents.  These documents range from a sponsorship contract renewal to proof-reading emails before they are sent to board members.  The RGS-HK Director also has invited me to sit in on many of his meetings, where I have watched him form relationships with potential corporate sponsors and discuss internal affairs with board members.

Beyond the aforementioned responsibilities, my duties also extend to whatever odd jobs present themselves.  Among these tasks have been installing anti-virus software on the office computers, going to the bank to review account details, and several others.  Although I am only about halfway through my internship, I have already had a broad range of valuable experiences at RGS-HK.